We’ve been here for a while…

Born in the Twentieth Century

“Is there really a person called John Thorogood?”, someone asked us the other day. Yes of course! According to some, he was largely responsible for the growth in popularity of this area at a time when Clapham was still distinctly unfashionable and buyers had to be lured, kicking and screaming, from North of the River. Some still do!

John cut his teeth in the Toronto property market in the late ’60s and is pictured here in SW London in 1971, with wife Janet and youngest son Austin (now director of the firm) asleep in the pram.John had just joined a Battersea estate agency to set up and run their new sales department covering Battersea, Clapham and Wandsworth which he successfully grew over two decades.

In 1991, during extremely difficult market conditions, he and wife Janet decided to set up their own independent estate agency to offer a much more personal service Between the Commons, where almost all John’s experience had been. So they took over the Northcote Road office and founded the eponymous John Thorogood Real Estate Agency, with son, Austin joining in 1993, after graduating from university. Austin also went to school on Wandsworth Common and nearby Dulwich College and so knows the area intimately

In 2000, Austin’s wife, Cara, (the 4th Thorogood involved) joined the company. Thanks to their continuing reputation for providing honest advice, achieving top prices and offering an exceptional personal service, the family-run firm continued to win favour with the locals. Director Austin Thorogood has now managed the firm for almost two decades, safely steering the firm through hugely varying market conditions to become one of the area’s leading independent estate agents. He and Cara have lived locally for over two decades and have had two sons attending Belleville School.

To infinity and beyond

in 2014, Cara masterminded a stylish re-brand including a total re-design of our premises, to provide a sleek contemporary space for clients to visit us complete with through-glass touchscreens inside and outside the office. Austin and Cara continue to evolve a pro-active, honest and modern approach to selling and letting homes, bringing it firmly into the 21st century and helping us achieve outstanding results. The company has only ever hired people who can maintain the same high standards of customer service for which we have become well known. This has ensured we continue to build long-standing relationships within the local community. It remains to be seen whether a 3rd generation of the family will carry the company’s proud tradition into the future… 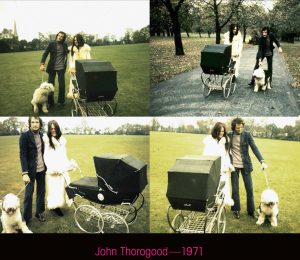 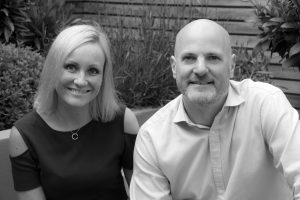 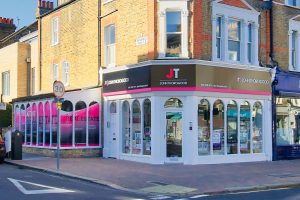 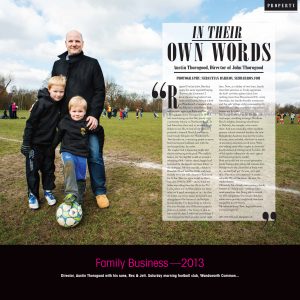