This beautiful street’s south side is one of Between the Commons’ “hotspots”, due to its large sunny gardens, its open, rear aspect and its delightful position just off Clapham Common’s exclusive West Side. Extended on the ground and top floors, this natural-4-bedroom, Victorian house is already over 2300 SQ.FT., with scope to extend further and update if desired. It boasts a generous, main-bedroom suite and a fabulous garden studio/office, sited within the large, south-facing garden which makes the “postage stamp” patios on the neighbouring streets (and their owners!) green with envy.

This picturesque, tree-lined street, running directly off Clapham Common West Side’s quiet cul-de-sac, was built uniformly in a single year by one builder and consequently retains a good sense of community, with fewer flats than many of its neighbouring streets and largely unspoilt and well-maintained, bay-fronted, Victorian houses. In fact, its precise position (accessible to both Northcote Road and Clapham South tube) has historically been regarded as the premium location in the area now known as “Between the Commons”.

But it is the houses on the south side of the road that usually send buyers into a spin. Buyers have been known to register with us only looking for houses on this side of this street. That’s because the properties here comfortably dispense with the most common reasons cited for leaving the area: the need for more garden and more living space. Built with much larger (and much sunnier) south-facing gardens (approx 45’), the houses on this side have another considerable advantage; they have the ability to extend the kitchen’s living space substantially to the rear as well as to the side (gaining over 200 SQ.FT in the process) whilst retaining a decent garden and it is this that radically improves the dynamics of the house. A previous owner took advantage of this here to a certain extent by adding a side extension and rear conservatory and accordingly the ground floor has a larger family living area than most houses. Further/more modern ground floor wrap-around extensions are bound to happen here (STPP) which will increase the floor area further still.

The kitchen has with a good range of units and ceramic tiled floor and has been extended into the side return. Appliances include oven, hob, extractor, washing machine and dryer and there is space for a dishwasher and a fridge/freezer. It leads through the conservatory into the sunny rear garden with paved area for outside dining. It receives sun for most of the day and backs onto other large gardens so is less overlooked. At the rear, the present owners have recently built a superb, contemporary studio/office with sliding glass doors facing back at the house. The double reception to the front of the ground floor retains original features including fireplaces, high ceilings with ornate cornicing and has built-in bookcases and cupboards. There is also a handy downstairs WC, coat cupboard and cellar that runs beneath the hall which has the usual potential for basement conversion (STPP). My “rule of thumb” is that basement conversions do add value when combined with large gardens, as you can put in stairs at the rear of the basement up to the garden making them a lighter and much more appealing space in which to spend time. This would take the house over 3000 square feet and buyers looking for that amount of accommodation almost always want a decent garden to go with it.

Upstairs, again we feel the best option has been selected in term of the layout and balance of the accommodation. With so many buyers at this price level requesting a decent en-suite bathroom to the main bedroom, a well-considered decision was made to forfeit the middle bedroom on the first floor to this end. It has been converted it into a very generous bathroom with separate bath, twin washbasins and large independent shower cubicle and a doorway opened up to the full-width main bedroom on the first floor. This has large bay window and built-in wardrobes. If you simply must have five bedrooms, then the very large 4th bedroom in the loft conversion has, in many similar properties, been easily and adapted to provide two comfortable children’s’ bedrooms. There is a further double bedroom and bath/shower room at the rear of each floor.

The proximity of two Commons, Northcote Road’s popular shopping parade and smart bar / restaurants, in addition to the large number of private and state primary schools / nurseries have made this area a magnet for young families. Furthermore, there is easy access to The City and West end via Clapham South’s Northern Line tube station (within half a mile). Clapham Junction mainline station, serving Waterloo and Victoria, is only a little further in the other direction and is also the converging point for numerous bus routes. More extensive shopping including several supermarkets can also be found at these points. 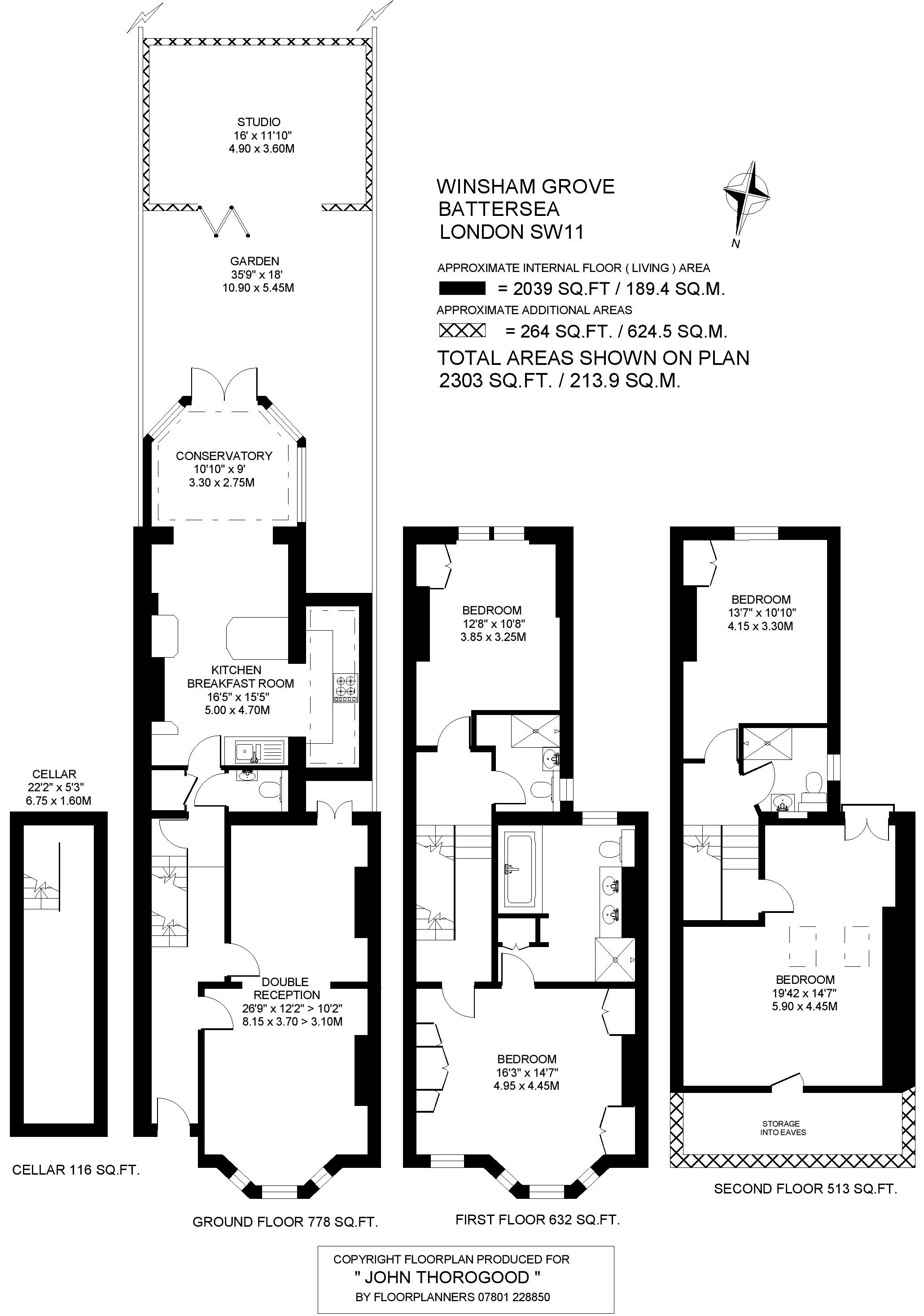 back to search
go to top

Your stamp duty will be:
Our Mortgage Broker
Council Tax Rates